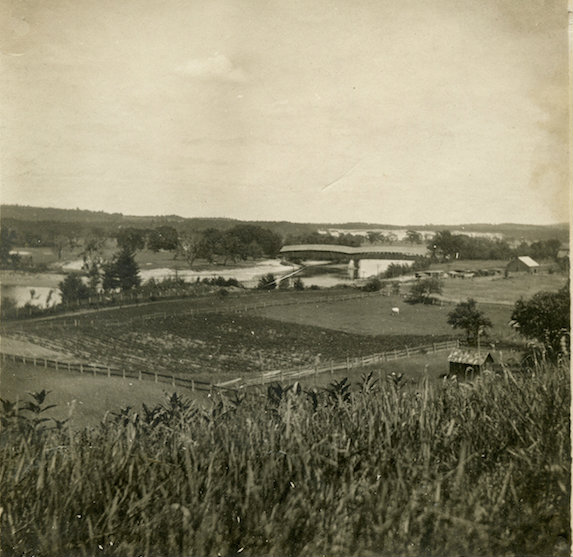 Hannah Webster (Emerson) Dustin (1657 – 1736) – Hannah Dustin was a 40-year-old colonial Massachusetts Puritan mother of eight during King William’s War who was taken captive with her newborn daughter during an Indian raid on Haverhill. On 15 March 1697, Hannah witnessed the brutal killing of her baby and..Read more

The first meeting of the proprietors was called by John Coffin, and was held at the house of Archelaus Adams, in Newbury, on the 2nd of May, 1733. ‘ The proprietors as grantees of the plantation lately made & granted by the great and General Court of his Majesty province..Read more

A plot of township of land granted at [by] the Court to John Coffin and others lying on Merrimack River above Penacook, surveyed by Richard Hazen and two chainmen on oath being bounded as follows: beginning at the middle of Contoocook River, where it empties into the Merrimack, where it..Read more

A meeting of the proprietors was held July 4, 1733 at John Mancher’s tavern in Newbury, Massachusetts : “Voted Mr. Richard Hazen surveyor, shall have ten pounds for his service for taking a plan of the plantation & the three chainmen that were with said surveyors, six days a pice,..Read more

The First Settlers, Their First Year

Excerpts from Charles Coffins “HISTORY OF BOSCAWEN AND WEBSTER, FROM 1733 TO 1878” In the spring of 1734, the proprietors of Contoocook made preparation to comply with the conditions of their grant. Those intending to settle in the plantation left their homes in April. The route was from Newbury to..Read more

No bridge had as yet been erected across the Contoocook, and the only means of communication with Penacook and Canterbury was by boat. Both the Merrimack and Contoocook were too deep to be forded. It is probable that up to this period the settlers had relied on their small skiffs,..Read more

One of the conditions of the land grant required the erection of a meeting-house. It was voted that a house be erected and that the sum of one hundred pounds be raised to enable the committee to go on in building a house forty feet long and of the same..Read more

The Second Division of Lots

In 1738 the Proprietors voted that there would be a second division of land. A committee was appointed that included Benjamin Rolfe, John Coffin, Edward Emery, Joseph Gerrish and Thomas Thorla. They were paid nine shilling a day for their services. John Brown was employed as surveyor and when..Read more

In 1739 the proprietors voted that a fort should be erected. The dimension of the enclosure to be one hundred feet square, built of hewn logs, seven feet high and eight inches thick when hewn and would be located on the “school lot. The probabilities are that it was erected..Read more

The chief item of interest in the call for the annual meeting of the proprietors was the erection of a second fort. The meeting was held May 20, and the following vote was passed : ” Voted to raise £200 old tenor to be laid out in a building a..Read more

During the summer, Sabatis and Plansawa, who had stolen the Negroes from Canterbury, made their appearance in Contoocook with furs for sale. After being in the vicinity for some time, they suddenly disappeared ; and rumor soon reported that Peter Bowen and John Morrill had killed them. Their bodies were..Read more

The first town-meeting was called by the proprietors’ clerk, Joseph Coffin. ” This may inform the Free holders & other inhabitants of the plantation formerly called Contoocook Is now by his excellency Benning Wentworth Esq Governor &c In & over His Majesty’s Province of New Hampshire made and Incorporated and..Read more

First Bridge Over the Contoocook River

Although the proprietors, soon after settling the town, had chosen a committee to construct a bridge across the Contoocook River, nothing had been done in regard to it. All communication between the towns of Concord and Boscawen was by ferry; but it was now resolved to construct a bridge. Both..Read more

The Rainbow Bridge was on Depot Street and was the sixth bridges to be built over the Merrimack River at that one location. In 1803 the first bridge went in and lasted sixteen years until 1819 when it was swept away in a spring freshet. The bridge was rebuilt and..Read more

Dedication of the Hannah Dustin Monument

On the island at the mouth of the Contoocook river stands the granite memorial erected to commemorate the achievement of Mrs. Duston, Mary Neff, and Samuel Leonardson, in liberating themselves from captivity. The statue was erected mainly through the efforts of Robert B. Caverly of Lowell, and Eliphalet S. Nutter..Read more